The file consists of photocopies of newspaper clippings collected by and related to the Coquitlam Foundation for the period 1994-2010.

This series consists of records related to the administration and operation of the Riverview Hospital Historical Society museum, including correspondence, calendars, and promotional materials.

This subseries consists of scholarly communications of Riverview Hospital staff as well as materials collected for the purposes of reference and future research. It was originally a division in the museum library collection.Records include article...

This subseries consists of public relations communications about the history and development of Riverview Hospital made by the Province, privately owned television, and from the Hospital itself. It was originally a division in the museum library c... 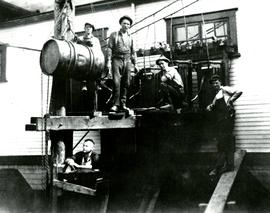 This subseries consists of theses and dissertations based on research and findings at Riverview Hospital. It was originally a division in the museum library collection.