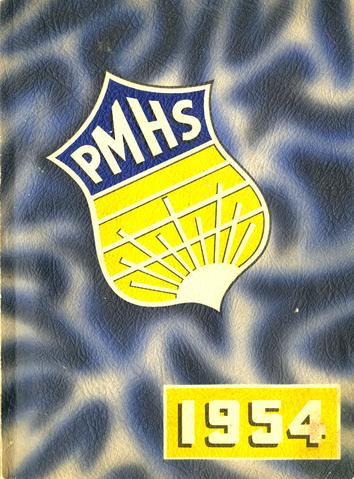 The provision of mental health services had its beginning in October 1872 when the Royal Hospital in Victoria was designated as the first Provincial Asylum under the jurisdiction of the Provincial Secretary.

On April 1, 1950 the British Columbia Mental Health Service was formally established and various mental health activities were amalgamated including New Westminster Hospital (which became Woodlands School), Colquitz Provincial Mental Hospital for the Criminally Insane (in Victoria), Essondale (including Crease clinic) and the Home for the Aged (in Coquitlam, Vernon and Terrace).

The provenance of the annual and graduation program are unclear. They have been with the North Vancouver Museum and Archives for an unknown period of time and they have no documentation related to the material.

The item consists of an Annual from the Class of 1954 from the Psychiatric Nursing Program at Essondale, with a copy of the Graduation Program from the same year.