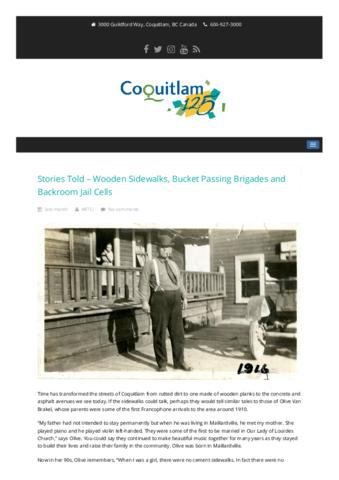 The item consists of a story written by Lori Sherritt-Fleming from Artists Rendering Tales Collective Inc. (ARTCI). The interview was conducted by Shelley MacDonald and Roy Mulder from ARTCI. The story was submitted to the City of Coquitlam as part of the Coquitlam 125 anniversary celebrations. The story originally appeared on the coquitlam125.ca website.

The photograph is from the Coquitlam Heritage Society collection (C4).