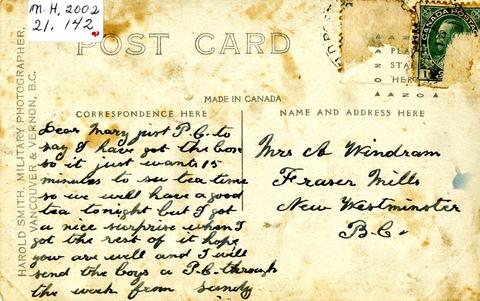 Windram postcard no. 5 (back)