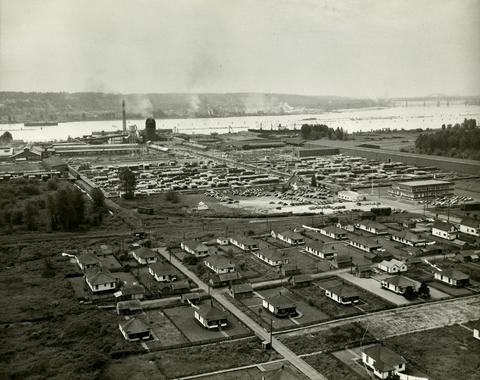 Jack Cash was born in Vernon, B.C. in 1918, to parents Bruce and Gwen. His mother, Gwen Cash, was the first woman general reporter in Canada. In the late 1930s Jack was in Vancouver selling classified ads in the "Province" and later became a staff photographer at the "Sun". When the war started in 1939 he went to work at Burrard Dry Dock, first as a pipefitter's assistant and then as a photographer. After the war he continued to work at Burrard on a freelance basis until about 1957. He owned a studio at two locations on Marine Drive, and is one of the North Shore's most accomplished photographers.

Donated to the Coquitlam Heritage Society by: Antonio Pare