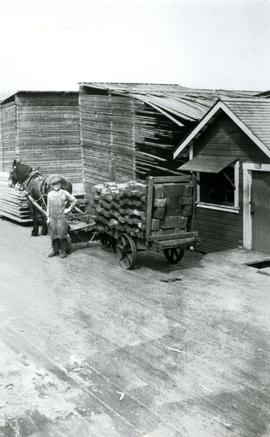 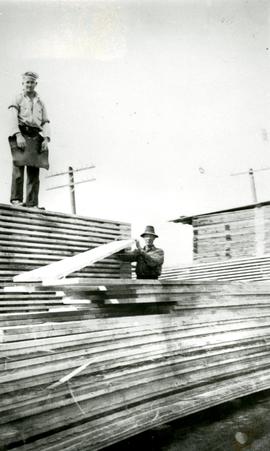 Lumber piler with Hjalmar Ronnlund on the left 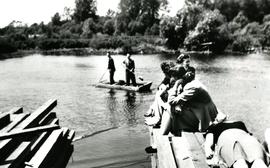 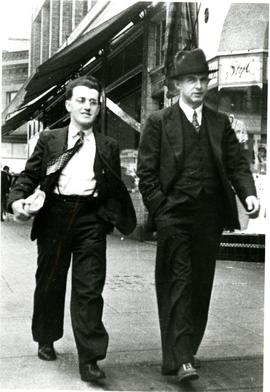 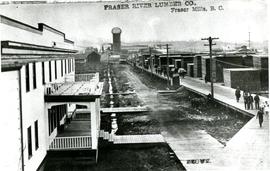 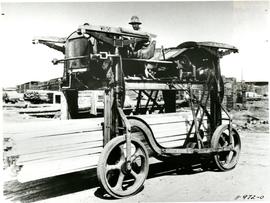 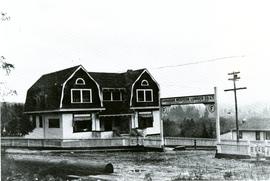 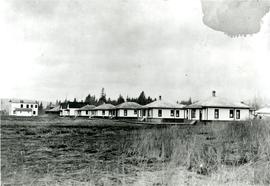 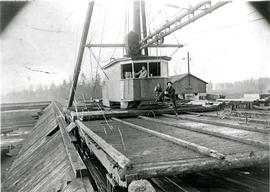 Main crane for piling lumber on docks at Fraser Mills 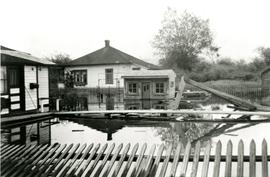 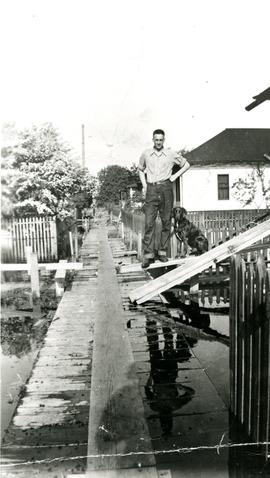 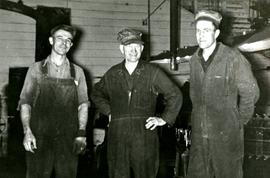 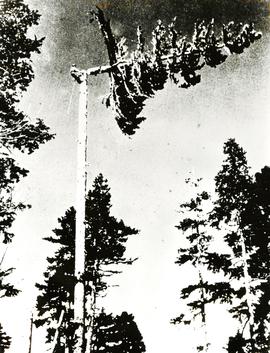 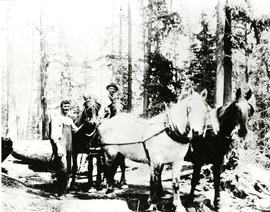 The collection consists of 8 photographs related to the Fenton Family and Fraser Mills. The photographs depict the mill site as well as social gatherings of Fraser Mills employees (dinners and golf tournaments). The collection also includes two advertising posters produced by the Canadian Western Lumber Company Limited and Crown Zellerbach. Finally, the collection includes a Crown Zellerbach patch/label and 6 sets of construction plans for wooden boats that would have been produced using wood sourced from Fraser Mills.

The series consists of records produced and accumulated as part of Craig Hodge's duties on the Pioneer Tales Committee Book Committee. The series includes photographs in the form of copy negatives and prints, as well as some original prints, and assorted documentation.

The subseries consists of photographs collected by Walter Bruce MacDonald for his biography of R.C. MacDonald. The records are a combination of family photographs and photographs from various sources that were used in the book. More information about the majority of the photographs can be found in the book, "Catch-as-catch-can." 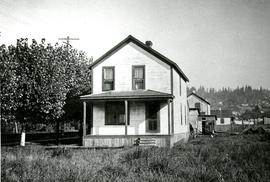 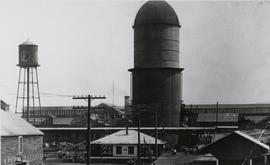 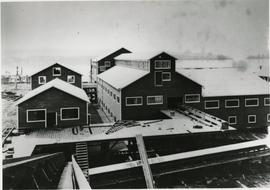 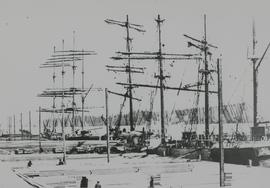 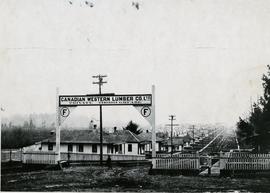 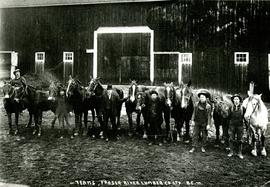