The series consists of records relating to the Coquitlam/Port Coquitlam Crime Prevention Society, an independent volunteer organization that was formed in 1996 to assist police, community organizations, committees, and citizens in crime prevention... 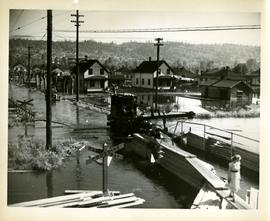 Parte de Corporation of the District of Coquitlam fonds

The file consists of aerial photographs of the Coquitlam area organized by flight path. 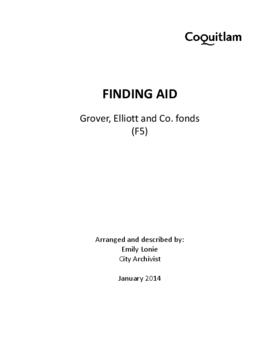 The fonds consists of photographs taken as part of real estate appraisals in Coquitlam.

The subseries consists of records relating to the Mundy Park Sub Committee, which was a sub committee of the Community Policing Committee formed to examine crime occurring in the park and determine crime prevention initiatives. Hellard was Chairma...

The series consists of photographs taken for the Tri-Cities Now newspaper. The series includes print photographs from 1991 and digital photographs arranged by edition, date, or subject stored in .tif or .jpg format on DVD-R. 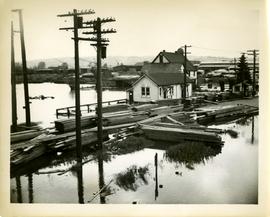 The series consists of copy prints of photographs provided by residents of Coquitlam for the publication, "Coquitlam 100 Years: Reflections of the Past," published in 1991.